Journalism and research in Arizona is, as in most states, bolstered by the ability to access many open or "public" records within government, law enforcement, and other publicly operating businesses.   Over 100 years ago, Arizona established its first laws regarding public records.  In the intervening century, several revisions have been made to the laws in order to make them clearer and to encompass growing and changing technologies.

In addition to public records law, Arizona also has a separate Open Meetings act which states that meetings of any type of public body are automatically entered into the public record; they must be conducted in an open manner, meaning that anyone who wishes can easily enter the premises and attend, and that the hosting organization or body must provide printed documents that give the agenda for a meeting, so that the public is aware of meeting content before it even occurs.

As for other types of public records, stipulations are contained within Title 39 of the Arizona Revised Statutes.  In general, the types of records covered by the statute are either personal, court related, or business related (though categories are hard to place sometimes and those three aren't necessarily exhaustive).

Specifically, Title 39 requires the following:  All public officers and bodies (any person elected to a position or an office or official appointed by an elected official, or an office of any public works – state, county, city, township, school districts, etc.) must maintain records full enough to "reasonably" show accurate accounting of their day to day workings and of all official activities or initiatives.  Records can comprise just about any media, from papers and files, to maps and books, to photos and videos, and it is accepted that digital or new media equivalent of all of these types of records are also available if they are the primary or only way in which the records are currently kept.

What follows is a list of common and available public records types in Arizona, along with a brief description of what they are and where/how you can obtain them.  For the most part, any referenced offices or departments can be found by Googling their name along with "Arizona" as they all have websites, or at the very least sub-pages of various .gov domains.

Business licenses – In Arizona, there are no restrictions on who can search records of granted business licenses in the state.  For information on any business license, including its date of application, approval status, and any surrounding circumstances, contact the Department of Revenue.

Incorporation records – When a company is incorporated the event is kept as part of the public record, look to the Arizona Corporation Commission for these documents.

Liens – Liens records are kept further separated by their specific property type:  Contact the Department of Transportation for vehicle titles, the Secretary of State's office for uniform commercial code records, and the relevant County Recorder's office for land/property.

Real Estate – For basic property records on housing and other buildings, you'll also need to contact the County Recorder within the county where the property lies.

Adoptions – As in most states, Arizona seals its adoption records to protect the privacy of both children and families from unwanted snooping.  In Arizona, this seal last for 99 years.  If you need to get a hold of a record, a confidential intermediary might be able to help you out.  The Arizona Supreme Court must be solicited for this.

Death records – All death records are maintained by the AZDHS as well, with those occurring less than 50 years ago held within the Vital Records sub-division.

Divorce and Marriage licenses – All divorce decrees and marriage licenses are held at the superior court office which ratified them.  The Arizona County Information website can help you figure out which courthouse you need to contact if you're unsure (though it will nearly always be the county in which the process was officiated).

Naturalizations –Prior to 1906, both federal and state courts conducted naturalization, though where records are located is very different depending on which was used.  The Arizona State Library, Archives, and Public Records and the Arizona Judicial Branch can help you find state-court related records.  For federal court records, look to the National Archives and Records Administration.  For naturalizations occurring after 1906 (September 27th, to be precise) contact the Department of Homeland Security, U.S. Citizenship and Immigration Services.

Vehicle registrations – For vehicle ownership registration records one needs to simply contact the Department of Transportation (then the motor vehicle division).  Information on how to specifically format a request can be found at the DOT.

School records – School records can be slightly difficult to track down because there are several types of school districts.  In general, the district or school itself should be contacted initially for school records.  That said, public and charter schools have .gov searchable directories.  For private schools, you can contact the National Association of Private Schools.

Finally, when searching for any kind of court record, you'll likely need to get a hold of the court location and level in which the case was handled.  In Arizona, this can mean the court of appeals division one, court of appeals division two, superior courts, state supreme court, or the territorial supreme court.  For small claims cases, local courthouses can be contacted for case numbers and details. 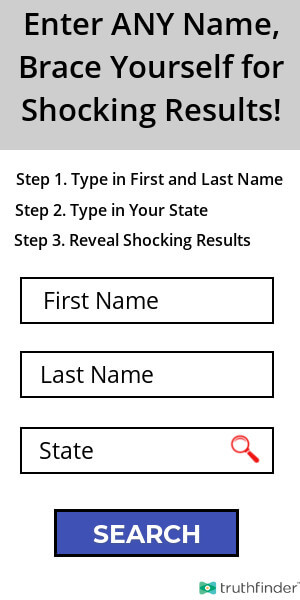